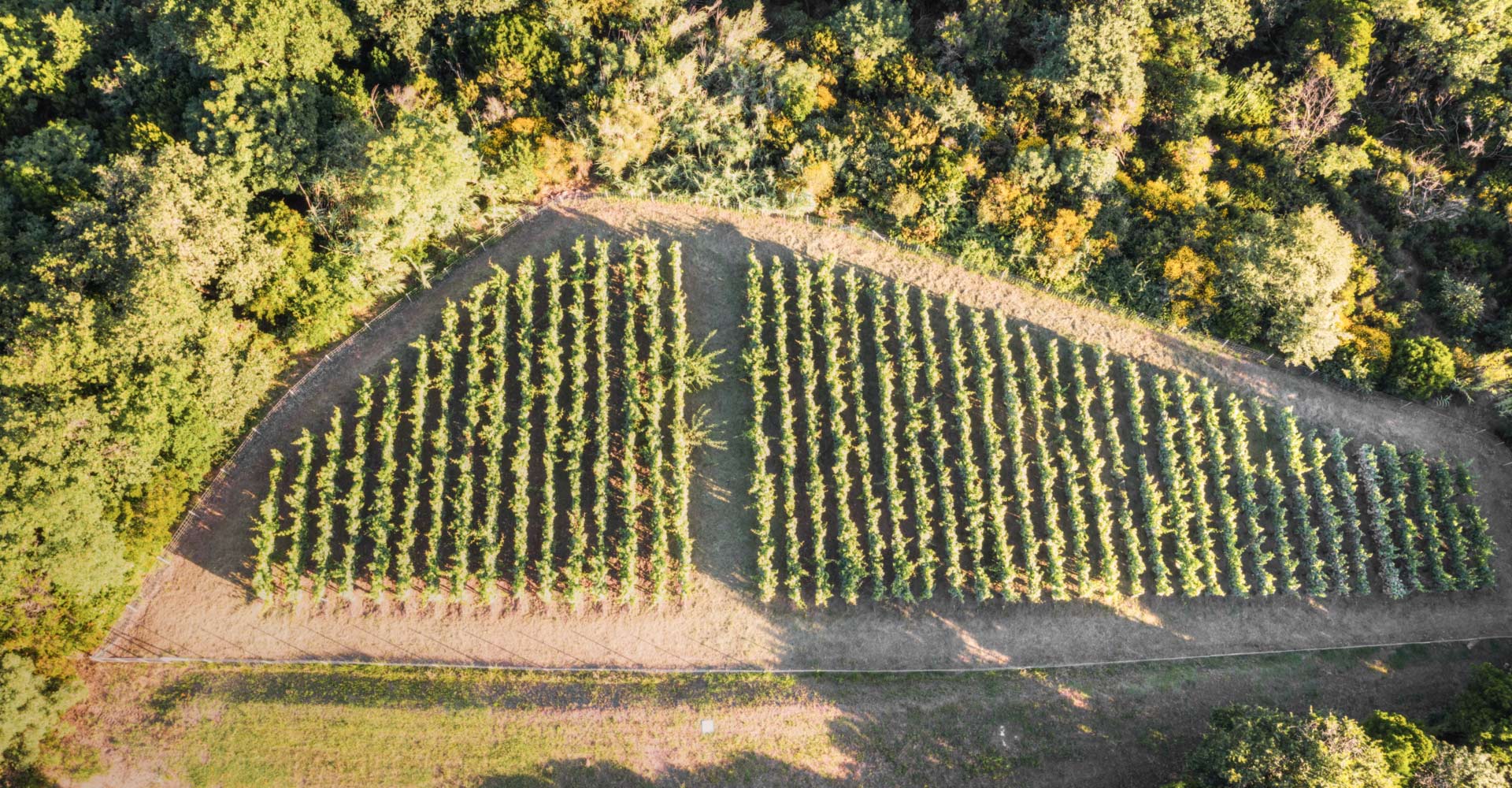 “There are thirteen small patches of land that make up all the biodiversity of the La Pietra del Focolare vineyards. Not far from each other, if they are all gathered, they form a small but precious mosaic of seven hectares, creating a work of natural beauty and complexity.

Some of them allow the passage of the tractor between their rows, others more dense allow only the passage of a person. All of them wait for us with their particular breath, always calm at sunrise or more tired in the late afternoon, caressed by the sea breeze and lying on the beautiful and severe hill…”

three vineyards in the site of Sarticola where the soil is “loose” and mainly composed of red schist and marl, crumbled by time, with southern exposure at an average height of 250mt a.s.l. and enjoy the panoramic view of the coast.

A large vineyard in the site of Becco on the slopes of the Nicola village’s hill, with almost clayey and fertile soils in the lower part, opposite to the upper part with rows arranged in a contour plowing – not worked and not fertilized for thirteen years – and composed of mixed soils of marl and medium clayey mixture.

The five vineyards at the foot of the same hill are cultivated on clayey soils with a lot of skeleton and south-east exposure at an average height of 80mt. a.s.l.

The four vineyards in the I.G.T. territory of eastern Liguria, cultivated on ancient pebbles left in the course of time by water on the fossil bed of the Magra river, enjoy exceptional ventilation from the sea. Here the grape varieties of Albarola, Malvasia, Ansonica, Vermentino and Trebbiano are the maximum expression of their region of choice.

“…Following the course of the seasons and its blooms, memories are lost in the scents of ash, hawthorn, broom and the mild flowering of the grapevine but also in the strong resins of the pine wet by summer rains. Happy thoughts and more difficult moments alternate in the mind, but while we are bending over the work of the vineyard we heal pains and smile at life