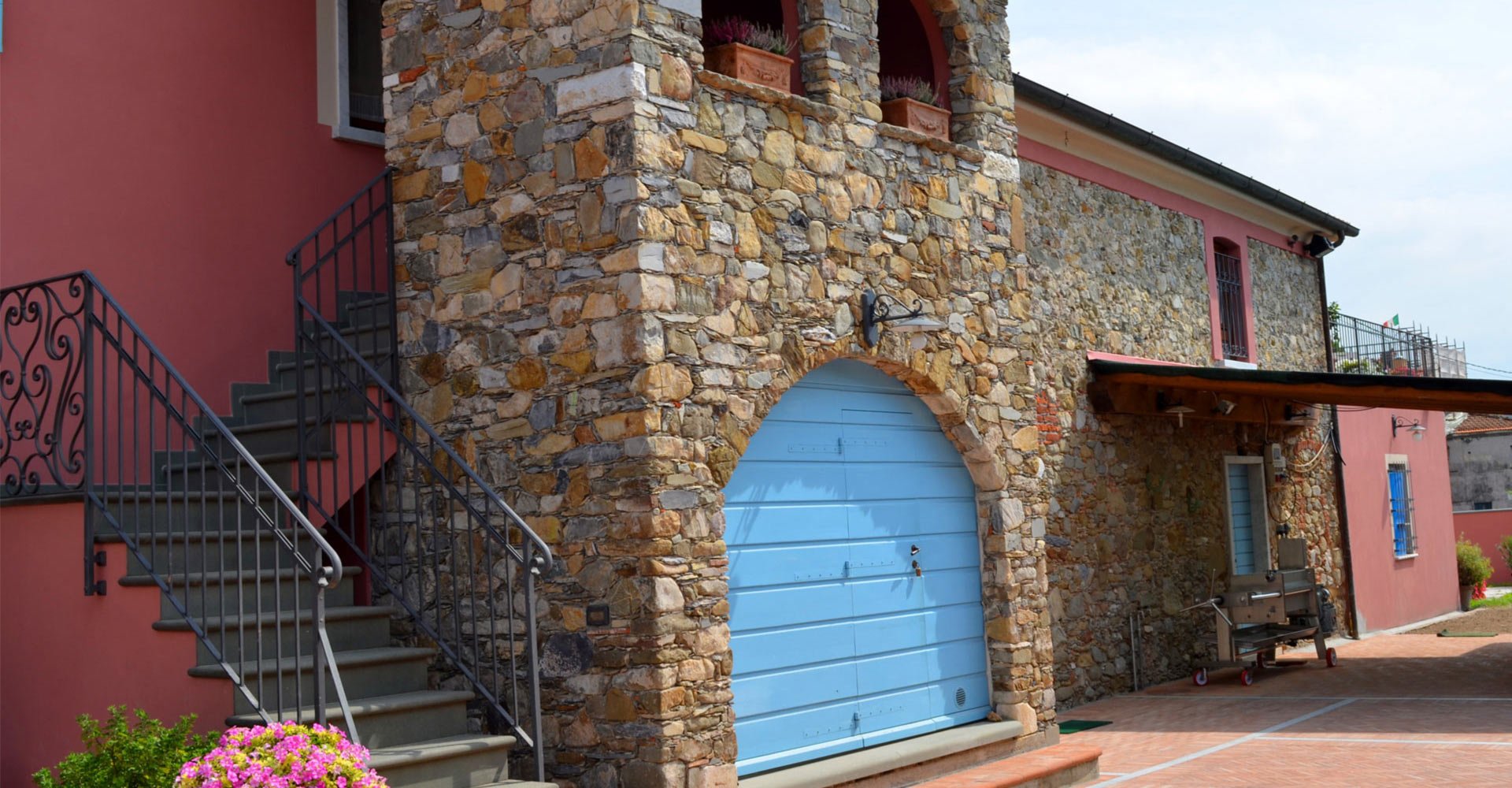 “An ancient courtyard enclosed between the barn, house and vineyards running along the old dirt road, where carts pulled by horses went by…“

Our cellar is located in a historic rural home, in a place called Isola di Luni in the Gaggio district. Thanks to a careful restoration, the building has preserved its ancient architecture and precious tales hidden inside. In the past, its courtyard was the place where inhabitants of this district (called Isolari) spent their Sundays and feast days, turning it into a dance hall, which is now a place dedicated to the harvest ritual.

“That old well in the courtyard, near the farmyard made up of stones, where the wheat was harvested, quenched the thirst of many people in the surrounding area. Many chestnut barrels lying on wooden pedestals or standing in wooden vats for crushing of the grapes by foot…”

Originally it was known as “Cantina del Colonnello”, of Archimede Casani, who was a severe and austere figure of the Italian Army, loving literature, nature and wine, so much that he made it his favourite nectar. It was our uncle “Cambrà” who ran the winery and produced that sweet and sparkling Vermentino that inspired and delighted Isolari and anyone passing in search of that old style wine, which will become the fine Vermentino Dop of Colli di Luni with the passage of time.

“… Many stories were told inside when it was raining.
A long time has passed…”

Today, the Gaggio cellar has become La Pietra del Focolare cellar, full of memories that are reflected in the new stainless steel tanks. Innovative machinery are now inside, in harmony with the old terracotta amphorae, which are a symbol of that passage of time, deep-rooted traditions that always join to a conscious production that always keeps sustainability in mind today.

“…The singsong voice of uncle “Cambrà” comes back to memory alternating with classical music that delights vintner, guest and wine.